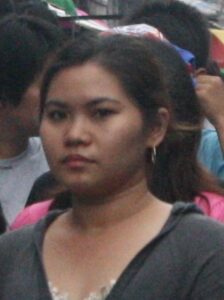 The Molbog or Molebuganon occupy Balabac Island south of the Palawan mainland. Mapun, which is spoken in Cagayan de Sulu, is used as an alternative for Molbog due to Balabac’s proximity to the Mindanao islands.

The Molbog are said to be migrants from northern Borneo. The Molbog have come to acquire the Visayan-Muslim culture, which is close to them, rather than the Tagalog-Christian culture pervading in most of Palawan.