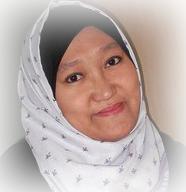 The ancient Lake Lanao in North Central Mindanao has existed for two million years. Along its shores rose a people with a rich and vibrant culture who call it home. The Maranao people, whose name translates to “people of the lake,” are a southern indigenous group native to Lanao del Sur, a province that is part of the Autonomous Region of Muslim Mindanao or ARMM.

The Maranao are the largest of the Islamic cultural-linguistic groups in the Philippines and have called the surrounding areas of Lake Lanao their ancestral homeland as far back as the 13th century. The name Maranao also refers to their language, which has roughly 780,000 speakers.

The Maranaos are known for their exquisite folk art, colorful weaves, exotic metalwork and woodcraft, and epic literature called the Darangen. They are primarily rice farmers, but they also grow and harvest corn, sweet potato, coffee, cassava, and peanuts. They are one of the three indigenous groups in Mindanao, along with the Iranun and Maguindanao.

Lake Lanao is at the beating heart of these proud people. For centuries, it helped shape their cultural and spiritual identity by being the inspiration for various myths and legends. The freshwater lake contributes to their livelihood through fishing, farm irrigation, and water supply for domestic use. It also powers a hydroelectric plant that supplies up to 70% of Mindanao’s energy.

Maranao communities are typically clustered around a mosque and a torogan, a traditional house once inhabited by royalty. At the height of the sultanate’s rule, the torogan served as a seat of power and a place for community affairs. This royal residence is characterized by its distinct architecture with intricately carved beams and generous displays of okir motifs, which are artistic curvilinear and rectilinear designs with plant and animal folk motifs. The structure rests on columns cut from huge tree trunks that elevate it from the ground.

A torogan would not be complete without the mythical bird sarimanok perched on its roof. Characterized by its colorful wings and flamboyant feathered tail, sarimanok often holds a fish in its beak or talons. Its cultural significance is deeply ingrained in Maranao life and is an omnipresent traditional motif in special occasions such as enthronements, weddings, and kalilang or feasts. It is said to be a symbol of honor, good fortune, and affluence.

The lavish and ornate Maranao aesthetic also manifests itself in its textiles, most notably the malong. This large tubular garment worn by men and women serves many practical uses, from a skirt and a blanket to a prayer mat and makeshift baby hammock. It is adorned with colorful bands of langkit, a traditional handwoven tapestry made with a backstrap loom. The color and design reflect the status of the wearer.

A Song for the Ages

As far as oral tradition goes, none is grander or dearer to the Maranaos than the Darangen, an ancient epic song with 72,000 lines divided into 17 cycles in the archaic Maranao language. Darangen, which literally translates to “to narrate in song” is a collection of tales depicting the tribulations of mythical heroes and episodes in Maranao history. It also encodes standards of social and ethical behavior and values specific to the Maranao. Its importance is such that to this day, elders would refer to this text in the administration of customary law. Skilled chanters recite the verses from memory, taking around a week to perform the entire chant. Its origin is said to predate the spread of Islam in Philippines in the 14th century. In 2005, UNESCO declared the Darangen as a Masterpiece of the Oral and Intangible Heritage of Humanity.