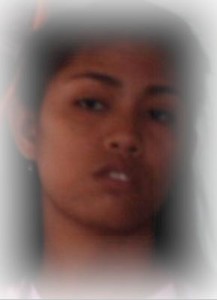 One of the lumad groups in the Philippines are the Manguwangan people (also are the Manguangan and Mangguangan), who dwell in the Cordillera Sugut mountains in Mindanao. In particular, they are dispersed either in Buayan or Maguindanao between the territories occupied by the Manobos and Mandayas, which further are within the regions of Davao and South Cotabato. Approximately 10,000 people speak their language called Dibabaon (also called Debabaon or Mandaya), while those specifically living in the Cordillera Sugut region call their language Manguwangan under the Agusan Manobo language.

The Agusan Language and Its Distribution

The Agusan Manobo language is spoken in northeastern Mindanao in the Philippines. It has three dialects, namely, Omayamnon, Dibabawon, and Rajah Kabunsuwan.

Agusan Manobo, which is spoken by the Agusan Manguwangan, comprises the Umayam, Adgawan, Surigao, and Omayamnon dialects. There are several places where it is spoken, including Agusan del Sur Province, specifically the western and southeast areas of Lake Buluan; the inland areas of Surigao del Sur Province; from the southwest area of Lanuza Peninsula to Lianga Bay in Surigao del Sur Province; the western areas of Agusan del Norte Province; the Compostela Valley and Davao del Norte provinces, particularly the continuous strip along its northern borders; Surigao del Norte Province, specifically in its southern tip and inland; and the small border areas of Bukidnon and Davao Oriental provinces.

Lumads are described as people living in the past yet thriving in the present. They can be described as “frozen in time” for they are stubbornly resistant to the influences of modernity. This is remarkable, especially considering their customs and way of life date as far back as the Stone Age.

One particular stone age concept that lumad Manguwangans apply even today is land ownership. In their custom, the tribe’s communal property can be freely claimed by the members of the community so long as they find parts of the land that are still unoccupied.

As for their leadership and system of governance, Mangunwangans’ society remains to be a datuship, wherein the leader is the datu or chieftain. In this system, the community’s religious leader is called babaylan, while their baganis or warriors protect both their culture and the members of the community. Interestingly, such a system exists even before the country even had been named the Philippines by the Spaniard conquistadores.