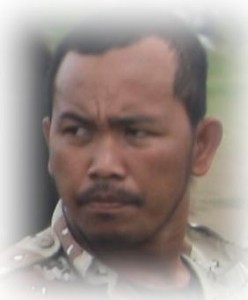 The first group, the Tau-sa Ilud, are sedentary wet-rice agriculturalists concentrated in the areas around Cotabato City and South Dinaig. Traditionally, they comprised the Sultanate of Maguindanao based near what is now Cotabato City. Their dialect can be distinguished by their faster and harder consonant inflections, how they prefer to say “d” rather than “r,” and their variations on the use of letters “i” and “r.”

By contrast, the Tau-sa Laya are semi-sedentary agriculturalists and growers of corn and upland rice. They are inhabitants of the areas of Datu Piang and Buluan. They comprised the Rajahship of Buayan based near Datu Piang. Their dialect is characterized by a slower inflection or a drawl, their frequent omissions of consonants found between vowels, their preference for “l” rather than “r,” their intermittent variations of letters “r” for “d,” and a few of their differentiated vocabulary.

In terms of their socio-political system and hierarchical organization, Maguindanaons are related to the Sulu sultanate. They constitute three royal houses, namely, Maguindanaon in Sultan Kudarat, Buayan in Datu Piang, and Kabuntalan in Tumbao. All these royalties can trace their ancestry to Shariff Muhammed Kabungsuwan who was one of the first Muslim missionaries.

Islam shapes not just the faith but also the culture and way of life of Maguindanaons. The religion was first introduced in 16th century by Shariff Muhammed Kabungsuwan, an Arab-Malay preacher who came from the Royal House of Malacca. After he arrived in what is now called Malabang, he introduced Islam to the natives in the area. He then settled down with a local princess and founded the Sultanate of Maguindanao in Cotabato City.

Following this was the Spanish era filled with numerous attempts to conquer the area where the Maguindanaoans have settled. Two of these conquerors who tried and failed are the expedition sent by Governor Francisco de Sande in 1579, and Captain Esteban Rodriguez de Figueroa in 1596 who was later killed by a Buhahayen named Ubal in Buayan. These events gave way to fostering a more solid Maguindanao, with the rise of Maguindanao-Cotabato power after the defeat of Datu Sirongan of Buayan in 1606. Several other events followed with sultanates being challenged to war and meeting their demise and by the 1730s, the Maguindanao sultanate has weakened due to civil war and internal disunity. It led them to be increasingly dependent on Spanish support, and ultimately this became Cotabato’s downfall.

During the American era, a policy of non-interference in Muslim areas was enacted through the Bates Agreement of 1899. However, unbeknownst to the Muslims, the Treaty of Paris, which had relinquished the Philippine archipelago to the Americans, included their land under the rule of the Americans. This gave the Americans direct rule of the “Moro Province,” which consisted of five districts: Zamboanga, Lanao, Cotabato, Davao, and Sulu.

Throughout the American colonization, various political, social, and economic changes were introduced to the Moro people, such as making polygamy illegal after the passage of the Jones Law in 1916, legalizing “proxy colonialism” by the Public Land Act of 1919, which invalidates Muslim inheritance laws, and ending Muslim exemptions from some national laws written in the Administrative Code for Mindanao, as well as the Muslim right to use their traditional Islamic courts written in the Moro board.

By the time of the Japanese occupation during World War II, Muslims generally supported the fight against the foreign invaders who were much harsher and less tolerant of them.

After the Philippine independence, Muslim people stiffly resisted their integration with Christian people, for they have longer cultural history and thus would never surrender their identity. An important event that happened during this time is the establishment of the Moro National Liberation Front (MNLF) founded on the concept of a Bangsa Moro Republic in 1969 by a group of educated young Muslims, with Nur Misuari as its first leader.

It was on August 1, 1989, that Republic Act 673, or the Organic Act for Mindanao formed the Autonomous Region in Muslim Mindanao (ARMM), which consisted of five predominantly Muslim provinces: Basilan (except Isabela City), Maguindanao, Lanao del Sur, Sulu, and Tawi-Tawi.

The Maguindanaons are famous for their art of weaving called the inaul, which literally means “woven.” Considered one of Maguindanao’s most valued treasures, inaul is traditionally created by women using a basic bamboo loom.

Their culture also revolves around the gong music kulintang, as well as one of their traditional dances sagayan.

Maguindanaon literature is no less rich. They are famous for their folk speech antuka/pantuka/paakenala or riddles and bayok or lyric poems. They also have folk narratives of Islamic faith such as the Quran, tarsila or genealogical narratives, luwaran or customary laws, hadith or sayings of the Prophet, and quiza or religious stories. Their folk traditions include the tudtul or folktales, as well as the epics Raja Indarapatra, Darangen, and Madaya.