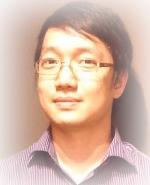 As far back as the 8th century, Korean maritime merchant Jang Bo-go had visited what eventually became the Philippines; in 1837, a few Korean Catholics took refuge in the country. However, the Korean influx only began in earnest after World War II.

Today, many Koreans troop to the Philippines to open businesses, grab numerous economic opportunities, study English, or retire. In some cases they marry locals and start families or have children out of wedlock with their Filipino partners.

It is estimated that the number of Koreans in the Philippines will hit one million in a few years. If this upward trend continues, new Korean communities will likely sprout even in the most remote areas of the country.