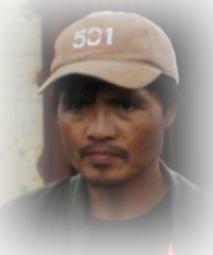 In the scenic mountainous Benguet dwells the Karao people, a tribe that takes pride in their artistic dance performances—most notably iton-dak and tenebteb-ak music and the tay-chek dance—and showcases their continued fight to ascertain that their traditions will live through the modern world.

Like most people from Benguet, the Karaos are predominantly farmers, with their season crops being kintoman (red rice) and the talon (white rice). They are also poultry, swine, and cattle ranchers, as well as oleoresin gatherers. Their distinct language, Karao (also Karaw), sets them apart from other groups. Karaw is spoken in many areas of Western Benguet, specifically in Karao, Ekip, and Bokod, where most of them live.

It is also worth noting that Karaos’ moral values can be reflected in the badiw/adebay/bangil.

Population-wise, the group is not in danger of going extinct. However, any ethnic group that allows its traditions to fade from the community’s collective memory might as well be signing up for their doom. The Karaos know this perfectly well, and so they readily embark on the huge task of keeping their traditions alive.

This was mainly why the group held a cultural workshop that was funded by their own barangay council in May 2017. The workshop mainly focused on the history and salient features of iton-dak music and tay-chek dance. Their people’s attires colorfully consisted of g-strings for men who played the gongs in iton-dak, and the narrative attire sa-diy for the women who danced the tay-chek.

Aside from the performative aspects of their tradition, the older and wiser Karaos take it upon themselves to impart their belief systems and traditions to the younger Karaos, especially the phonology of their distinct Karaw language. As the gongs are hit while playing the iton-dak, the plaintive stories of the Karaw people conjure memories of their past.

Aside from producing vegetables for the country, another thing that the people of Benguet are famous for is their unique burial tradition, which the Karao people also practice. Unlike the usual burial at public or private cemeteries that city-dwellers are used to, Benguet people bury their loved ones close to them. The corpses are first mummified in a coffin that will then be buried either in their backyards or under their elevated houses. It is said that such practices make them feel closer to their family members who have passed away. This might seem unusual for most people, but Benguet people do not see anything out of the norm in this practice, as it has already been passed down many generations over. In fact, they prefer this over burying their loved ones at the public cemetery. For them, holding the wake and burial at their property is a great reminder of the love that they have received from other members of their community, who also pitch in during the wake by gifting their money, rice, agricultural products, pigs to be butchered, or their time by cooking and singing or beating the gong during the vigil.

For the people of Benguet, including the Karaos, the skyworld and underworld are not the stuff of fiction. They have a rich belief system around unseen spirits that have great power over mortal men. Therefore, they strive to be friendly and cordial with these spirits. The Karaos even charm and manipulate the spirits so that they can win their favor.

In the spirits’ hierarchy, the maker of the Universe is called Mengos-oschong, Nanpalangka, or Kabunyan, whose realm is in the skyworld. His duty is to punish, admonish, and restrain spirits that violate his will, and he answers anyone who calls for help.

Next in line to him are 24 gods and goddesses, who are then followed by the spirits of ancestors (ap-apo/paapuan) and spirits of people who have just passed away (kakading/kadaring). These spirits can move freely between the skyworld and the underworld.

The last in the pecking order are the underworld spirits (anito or ikalutan). Unlike those above them in rank, these spirits are not permitted in the skyworld, but instead stay in the oceans, rivers, lakes, springs, caves, rocks, ravines, bushly trees, shrubs, abandoned buildings, and tunnels.

It is through the tribes’ spiritual leaders, namely, the age-old savants and native priests, who communicate with these spirits through prayers.