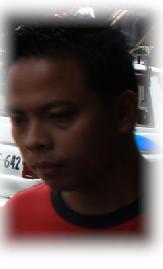 The Kalagan language belongs to the Malayo-Polynesian group of languages and is part of the Davawenyo family. Basically, it is identical as Tagakaolo, with some Tausug, Maguindanaon, and Islamic terminology added to the mix. Older Kalagan speakers, for instance, continue to use their native language, especially those who do not interact with the Bisaya. In contrast, the younger generations can easily switch to Bisaya when needed. In addition, they have interjected more foreign words into their expressions due to their frequent interactions with Filipino (basically, Tagalog) and English. Nonetheless, many of the Kalagans have managed to retain their knowledge of Arabic. The native Filipino Muslim group known as Kalagan is found in the Davao region, notably Davao City, Tagum in Davao del Norte, and Sirawan and Mati in Davao Oriental. Also, there are populations dispersed in Davao del Sur. Kalagan was derived from the word kaag, which meant “whisper.”

The Kalagans are the Islamized-indigenous people in the Western Davao gulf area. They became Muslim most likely during the middle of the 19th century due to a combination of following factors:

•The political pressure and/or influence of the Tausug migrants of Davao.

•Extensive exposure and/or contact with the communities of their Maguindanaon neighbors.

•Inter-marriages of Kalagan and Maguindanaon and/or Tausug.

They’re predominantly found in Davao City, district of Sirawan, around Tagum, Davao del Norte, Mati-in Davao Oriental, some places in Davao del Sur and two other Davao provinces. The Kalagan use Tagakaolo language but have increasingly incorporated some Tausug and Maguindanaon words. They’re renowned as agriculturalists, cultivating rice, corn, abaca, and coconut for cash crops, whereas their counterparts living along the coast, practiced fishing.