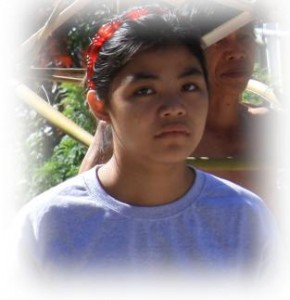 Once stereotyped as “untamed” and “dangerous,” the Gaddang people are actually calmer compared to their neighboring tribes. Typically categorized between highlanders and lowlanders, Gaddangs occupy parts of the Cagayan Valley region, mostly in Central Isabela, Nueva Vizcaya, Quirino, and Cagayan. They used to be a very large group of people; however, during the Spanish occupation, the lowlanders intermingled with others in the valley, such as the Ilocanos and Ibanags, while others fled to the Cordillera and Sierra Madre Mountains to escape Spanish oppression. This has caused their population to decline, especially since many of them are actively intermarrying people from other ethnic groups and are thus getting absorbed by them.

Identified as having darker complexions compared to other groups in the Cordilleras, it is assumed that Gaddangs have derived their name from this description, with its name a combination of ga meaning “heat,” and dang meaning “burned.” Colloquial names for them include Gadan, Gaddanes, Iraya, and Irraya, which all mean “upriver.”

Gaddangs speak the language of the same name, Gaddang, while also communicating through the lingua franca of Northern Luzon, Ilocano. Their primary language is closely related to the Agta, Atta, Ibanag, Isneg, Itawis, Malaweg, and Yogad languages, with approximately 30,000 speakers. Their language distinction lies in its phonemes “F,” “V,” “Z,” and “J” sounds that are not often heard in other local languages, the use of doubled consonants, as well as notable differences in the distinction between their “R” and “L,” with the “F” sound being a voiceless bilabial fricative. The five recognized dialects of Gaddang by the Philippines National Commission for Culture and the Arts include Gaddang proper, Yogad, Maddukayang, Katalangan, and Iraya.

The Gaddangs first entered written history in 1598 during the Spanish occupation, though it is theorized that they have come from the north and entered the Cagayan River thousands of years earlier. It is further suggested that Gaddangs may have occupied Cagayan Valley after the Aetas.

By the mid-20th century, Gaddang’s hereditary social classes included kammeranan and aripan, though these terms have long fallen into disuse. However, today, there is a lack of definition and organization in their political apparatus, with the main form of order within their community being a kinship system. Leadership in this system is accomplished via bravery, skills, knowledge of customary law, and wealth, in order to achieve the status of mingal or great warrior. They also employ peace pacts called pudon, as well as trading partnerships called kolak.

One remarkable Gaddang marriage practice is the absence of prevailing rules of exogamy or endogamy that affect a woman’s status in their society. Instead, both men and women acquire status by marriage, while single women still have opportunities in the church, government, and business. Furthermore, lowland women regularly own and inherit property.

Some of the marriage traditions of the Gaddang include ballauan, a song ritual performed as an appeal to the anitos to bless the newlyweds with good health; mangakkit, the last piece of advice through song and dance given by the anito masters; and mattakkilala, a means to exorcise the spirit of sickness or problems.

The houses of Gaddangs are often elevated and supported with wood or bamboo, with removable ladders meant to be drawn up to avoid intruders or enemies. These settlements can often be found near streams and fields.

The Gaddang religion is based on the dichotomy between the earth world and the afterworld, with rituals performed by both men and women. The men hold prestige feasts that occur once in their lifetime. Some of their rite of passage include palancing, an initiation for children into the rites of the anito; kayaw/palagfu (jumping), conducted to recognize their member’s change of status or lifestyle; and darawun, a ritual for children seven years and up.

They are also famous for their healing rituals called patunnok, an anito rite for the sick performed by makamongs for two consecutive days; mabbawang, a ritual conducted to ensure the longevity of family members’ lives, as well as to strengthen family ties; and immuno-gakit ritual, performed to drive away general sickness from the village.

Oral traditions are also alive and active in Gaddang communities as they are fond of riddles, proverbs, puns, ghost stories, and witchcraft stories. Additionally, their mythologies are rich with a wide variety of deities, namely Nanolay, creator of all things and their cultural hero; Ofag, Nanolay’s cousin; Dasal, the one whom their epic warriors Biwag and Malana pray to for strength and courage; Bunag, earth’s god; and Limat, a sea god.

Highlander Gaddangs are people with a lavish taste for traditional costumes, adornments, and precious stones. With a penchant for beads, shells, buttons, and coins as decorations, their ceremonial dresses stand out as some of the most elaborate and decorative pieces. By contrast, their everyday attire is simple, with men donning G-strings in their homes and in the fields, adding a pair of pants over their loincloths when going to town, and slipping into loincloths dinega, small and beaded jacket koton, and cape tapit during ceremonies.

In October 1997, the Gaddangs were recognized as a protected ethnic group by the National Commission on Indigenous Peoples (NCIP) owing to their remarkable and rich culture.