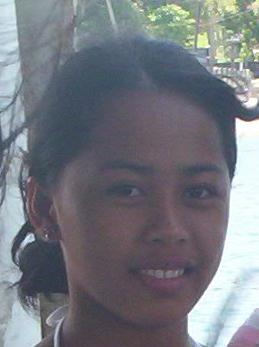 At the heart of the Davao region of Mindanao live the Davaoeños, known as the tri-people of the area. With decades of intermingling, the people of indigenous backgrounds, the Moros, and other descendants of migrants coming from Luzon and Visayas have identified themselves as Davaoeños.

It is no surprise that Davao has many cultural heritage sites across the city that bear witness to the development of its people and its land. Intertwined with its colorful history of community growth are various cultural and linguistic changes.

Now, regardless of people’s ethnicity and even religious beliefs, the residents of the Davao region identify themselves as Davaoeños. They all share a common ground in their cultural, traditional, and religious identities and connections.

However, more than mere residents of an area, the people live within a community that has preserved its connections to the past. There are numerous cultural heritage sites and active functioning communities across the Davao region. Each memory of the past also opens up the stories of generations who survived and saw the growth of Mindanao.

Both locals and visitors can witness the diverse religious identities of the Davaoeños as one walks along the streets. Catholic churches and chapels line the streets, as well as mosques and other places of worship.

Aside from places of worship, there is also the thriving Chinese community in Davao Chinatown. The place has its own seaport, the Santa Ana Wharf. Also, there is the Japanese Community concentrated in Mintal in the 3rd District of Toril. Such places reflect the efforts people have made throughout the decades to see their residents as members of a community who respect and understand one another.

Like many other destinations in the Philippines, Davaoeños proudly continue their traditions and showcase their culture through their cuisine and festivities. A well-known festival in Davao is the Kadayawan Festival, whose name is derived from madayaw, meaning “good,” “beautiful,” or “valuable.” This festival is to celebrate the beauty of life. In this celebration, people go to the streets to dance, hold motorcades, showcase works of local artists, and enjoy the day together with locals and guests.

Alongside the fun festivities, it is no surprise that local cuisine also takes center stage. A community rich in seafood, the Davaoeños sure know how to prepare delicacies made out of fresh tuna, mackerel, and the occasional swordfish. One such famous dish is the kinilaw. This cuisine is made with fresh fish mixed with cucumber and chili before marinating in vinegar. Together with this dish is another well-known local treat which is the sinuglaw. In this case, the kinilaw is mixed with diced grilled pork belly.

Aside from the cultural festivities, another interesting facet of learning about indigenous cultures is that of knowing more about the people’s native language. In the case of the Davaoeños, they use a distinct Spanish-based Creole that is notable as one of the few creoles in Asia. This language is Chavacano. How did this come to be?

In the years under Spanish rule, people had to find ways to better communicate their ideas. Within this process, natives learned to mix Spanish with their own language. This practice, however, is not exclusively done in Davao. In fact, there are six known varieties of Chavacano, namely, Caviteño, Cotabateño, Davaoeño, Ermiteño, Ternateño, and Zamboangueño.

We focus on Davaoeño Chavacano, which is the Chavacano used in Davao Oriental and Davao del Sur. Davaoeño is influenced by the Cebuano language, which is still widely spoken and understood by the residents of the said areas. In linguistic studies of various creoles across Southeast Asia, the language used in the Philippines is the only known Spanish-based one while the rest are Portuguese-based creoles. Moreover, in other Southeast Asian countries, the creoles are slowly dying out or on the brink of extinction. In the Philippines, the use of the creole is continuously passed down to younger generations. However, there is also a steady decrease in the number of speakers which, hopefully, would increase with cultural-linguistic preservation efforts in the region.