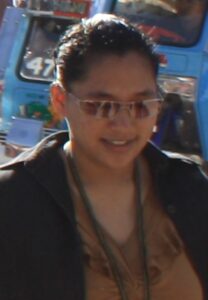 Chavacano is a Spanish-based creole language and known in linguistics as Philippine Creole Spanish. Spaniards who settled in the Philippines intermingled with the natives and even married Filipinas. To be able to communicate, both sides had to learn each other’s languages. To express themselves, the natives mixed Spanish with their particular language — Tagalog in Cavite, Ternate, and Manila; and Cebuano, Hiligaynon, and Moro languages in Cotabato, Davao, and Zamboanga. As such, there are six varieties of Chavacano: Caviteño, Cotabateño, Davaoeño, Ermiteño, Ternateño, and Zamboangueño.

Cotabateño, Davaoeño, and Zamboangueño are recognized as the Mindanao-based creoles, with Cebuano as their substrate language. Cotabateño is a derivative of Zamboangueño due to the large shared vocabulary derived from Hiligaynon, a Central Visayan language. The ancestors of the present Zamboangueño-speaking population were in contact with the Hiligaynons at the time of the creole’s formation. Cotabateño has also borrowed words from the Maguindanao and Tiruray languages.