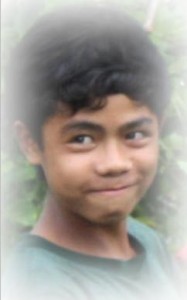 One of the tribes that remains faithful to its traditions amidst the threat of modernity is the Banwaon tribe that can be found in the deep forests of Agusan del Sur in Mindanao, particularly in the quaint village of Mahagsay. These people that count to approximately 11,500 are largely concentrated in and around San Luis, Maasam, and Libang river valley. Some other names they are called by are Adgawanon, Banuaonon, Banwanon, Higaonon-Banwaon, and Manobo.

Banwaons are speakers of the Agusan Manobo language, consisting of the Umayam, Adgawan, Surigao, and Omayamnon dialects. Also, similar to most languages in the Philippines, it is under the Malayo-Polynesian family of languages.

These faithfully traditional people used to be nomadic. However, they were eventually forced to settle down in Agusan del Sur.

A subgroup of the Manobo tribe, Banwaons are the second largest group in the said area. Their name literally translates to “mountain people.” More specifically, Banwaon is derived from the word banwa, which means village or country.

Now that they are no longer nomadic, the traditional Banwaon people settle with their kin and extended families. They are described as having a great sense of community and are a very close-knit group.
There are approximately 23% literate Banwaons. Physically, they are described as medium built, with an average height of about five feet two.

Of Oral Traditions and Traditional Music

Oral traditions are also a pivotal part of the culture of the Banwaons. They exhibit these strongly through their stories that depict war and heroes that are orally passed down to the next generations. An example of a famous series of sacred verses that they have is the tud-om, which they perform to ask for blessings and peace. It is also expressed whenever they have to institute a new chieftain, for thanksgiving, as well as when they need a prayer for the departed.

Banwaons are also fond of music and use it for special occasions. Whenever they have festivities or celebrations, they would play their musical instrument kuratung, and indulge in listening to song speeches limbay accompanied by their traditional dance steps.

As for other celebrations, their budyung is used to make sounds during their marriages and other cultural events. This instrument is made out of a big shell and is also called lungga.

Disputes among neighboring groups are a common theme among tribe people, especially if it pertains to land domain. This is exactly what the conflict is about between the Banwaon group and their neighboring tribe, Higaonon. Hitherto, the way they dealt with this conflict was by the two tribes mutually deciding to accept a marriage treaty.

In this treaty, the datus from each tribe will marry someone from the other tribe. This is done largely in the hopes that this would expand each datu’s authority and power while extending a personal relationship to the other tribe.

For other members of the tribe, the males of both tribes are allowed to marry as many times as they want, so long as the community elders and their respective wives give consent.

These intermarriages propelled the interaction between the two tribes and extinguished the animosity they had with each other. It then eventually led them to coexist peacefully. Combined, they are called the Higaonon-Banwaon tribe.