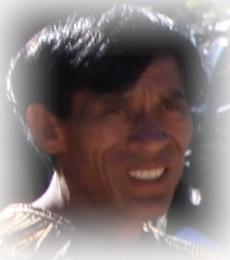 Surrounded by the lush rice terraces within the Cordillera region, the municipality of Natonin is home to the Balangao indigenous group. The ethnic communities of the Balangao people share similar features as their neighbors. Others may refer to this ethnic group as Boliwon, Balangaw, Balangad, Bontoc, or Baliwen.

Various towns surround the Balangao communities: Tanudan to the north, Paracelis to the east, Bontoc to the west, Banawe to the southwest, and Mayoyao and Aguinaldo to the south. In addition, the Natonin area is on four high mountain peaks: Mount Oyayao to the north; Mount Ampalauag to the south; the Madalag Peaks to the east; and Mount Amuyao to the west. Their geographical setting necessitates wet terrace farming, although their terraces are not as extensive as those in Ifugao.

Living in the central Cordillera mountain ranges provides the Balangao an extensive historical knowledge of properly practicing wet terrace farming. The people’s main products are rice and root crops, such as sweet potato, taro, and yam. Even with such knowledge, the people still have to buy livestock and other resources from neighboring towns to sustain a balanced diet. The Balangao people are also skilled in other crafts, especially with the use of bamboo and rattan. The community also has distinct weaving and blacksmithing practices.

Aside from wet terrace farming and their handicrafts, the Balangao people have features distinguishing them from the neighboring indigenous groups, including their beliefs, dances, rituals, and songs. Such are rich cultural treasures that the Balangao communities hope to pass on to their descendants. For instance, when conflict resolution is needed, members of the community would need to seek the advice of an intermediary. Within the Balangao’s unique culture, such high positions are neither elected nor appointed. An intermediary needs to possess essential skills like being able to argue, mediate, persuade, and communicate properly with the parties involved in the conflict.

However, as the younger members of the community pursue higher education, they also share more modern perspectives. As the young generation gets more exposed to modern life, the traditional society of Balangao is also changing gradually.

Aside from the need to record and preserve the Balangao traditions and practices, the people’s language has also intrigued various scholars throughout the years. In different studies, the Balangao language is an Austronesian type of language, which is under the Philippine branch of the Malayo-Polynesian languages.

In earlier studies, the Balangao people are said to have two sub-dialects. Noted were the language of barangays Balangao, Butac, Santa Isabel, and Banawel called Balangao, and the language of Tonglayan and Alunogan called Hagi.

Based on the people’s oral history, their ancestors are from the provinces of Bontoc, Ifugao, and Kalinga. With this idea, it is no surprise that the language used by the people is comprehensible to other neighboring towns, even though there are minor variations with specific aspects of language use. Nonetheless, there is no denying that the form and the usage of the Balangao language have their connection with the Kalinga’s.