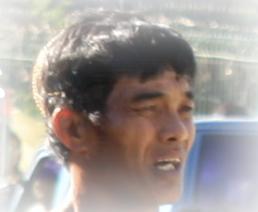 From mountain ranges and coastal lands to seemingly far tributaries, the Alta indigenous people have survived numerous years of living in the region of Luzon while practicing their ancestral traditions and beliefs. Who exactly are they and what are the features of their distinct ethnic culture?

Alta and Their Lands

Based on the records of the International Congress and Convention Association (ICCA), the Alta people are highly connected to the environment they live in. This is because, as for their beliefs, they highly regard this land gift from their supreme being named Makidepat (also called Makedepat). The Alta considers Makidepat as their creator and provider. As a sign of respect and gratitude, the Alta people do their best to protect and preserve their ancestral lands. This special regard is also evident in their daily lifestyle.

The Alta people mainly live through traditional hunting, fishing, and farming. The community forest, rivers, and coastal waters help the Alta survive. Their main produce is camote, banana, and coconut. Then, the rest of their ancestral domain provides them with resources for ferns, honey, fish, crabs, and many others. Such selections help the Alta receive their share of nutrition, medicine, and structural material. Even with these common practices observed in various Alta communities, there are still distinctions within the people’s language and association.

The people live along the rivers of the Aurora Province, specifically, in Bayanihan, Decoliat, Dianawan, and Villa Aurora (Maria Aurora), Dianed (Dipaculao), and San Luis (Diteki and Ditaylin). As these areas are of coastal land and mountain ranges, the people learned to live within the blessings of nature. At present, however, the most pressing concern that the people have is their dying native language.

The Northern Alta’s language is called Edimala, which may also be referred to by numerous other names (Baler, Baler Negrito, Ditaylin Alta, and Ditaylin Dumagat). The language is classified as Austronesian and is distantly related to the Southern Alta. However, there are limited records of studies done for language preservation.

According to the Expanded Graded Intergenerational Disruption Scale (EGIDS), the Edimala is at Level 6b (i.e., threatened or vulnerable). This is because as per the last record, there is less practice of adults passing on the language to the younger generation. This kind of struggle happens in the Northern Alta regions as the members are more exposed to the other languages, like Tagalog, in the surrounding area.

The Southern Alta people live in the coastal areas of three different provinces: Quezon, Bulacan, and Nueva Ecija. These regions mainly consist of coastal land and mountain ranges. Similar to the Northern Alta, the use of the native language is a problem that modern communities face.

The Southern Alta people’s language is called Kabuluwan (Kabulowen or Kabuloan), which means “people living along the Bulu River.” Unfortunately, the EGIDS also classifies this language as a class 6b case. The younger members of the communities do not learn or use the language at home and school. This situation lowers the chances for the language to further develop within the community. Nonetheless, there are oral histories and knowledge that people still know, which narrates how their people lived and moved to the forest regions.

Despite having bits and pieces of the Alta indigenous life in some academic papers, the main focus of many of those works is on the group’s language. More efforts on cultural and historical recordkeeping may be a good recommendation for further studies.