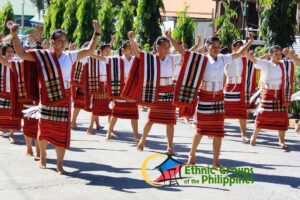 BAGUIO, Philippines – Tens of millions of Filipinos have been forced to confine in their homes since the coronavirus pandemic hit the Philippines earlier this year. While lockdown or community quarantine was the government’s immediate response, several indigenous peoples from the Cordillera region have turned to cultural practices and rituals to protect their community from the outbreak. Such traditions and cultural norms were practiced hundreds of years ago by their forefathers.

Many indigenous communities in remote areas are devoid of access to medical facilities and doctors who can help them in emergency situations. Thus, they turn to indigenous rituals to protect them against illnesses. Despite the popularity of modern medicine, these rituals still influence many indigenous communities today. The elders in the culture-rich region of the Cordilleras performed a lockdown ritual also known as tengao, teer, tolod di anged, or sedey.

Several indigenous peoples of the Cordilleras have enacted a ritual to protect their region from the coronavirus that has been quickly spreading in Metro Manila since early February 2020. A strict enforcement of indigenous lockdown, also known as tengao, has been observed, where outsiders or people in the community are not permitted to enter or leave within a certain period. This tradition has been passed down from their ancestors and has kept the community safe from the pandemic.

The town of Sadanga in the Mountain Province is known to be very protective of their traditions and customs. A rest day called teer is imposed and decided by its council of elders who negotiate for at least 6 hours to decide whether or not to implement the closure of the village. The faya uy, or long tree stalks, are then placed on both sides of the road at the village’s entrance to announce the beginning of teer. An indigenous ritual to the gods for better harvests called pumatay is performed during this time.

A similar lockdown called ubaya was also imposed in the nearby culturally rich town of Besao in the Mountain Province. Traditionally practiced by the community, ubaya means a rest from a day’s work in the fields as well as those in government offices and private institutions. A special ubaya called tolod di anged is initiated and performed during a health epidemic such as influenza, measles, and diarrhea. During this time, broken eggshells are placed in a stick, which is positioned at different points of entry to signify its implementation, thus prohibiting the villagers to leave or outsiders to enter the premises.

Meanwhile, a solemn ritual called sedey is observed among the Ibaloi and Kankanaey peoples of Benguet. Sedey is performed for various reasons, although its main purpose is to heal people in the village through the use of water and prayer. Leading the rite is a mambunong or village elder who is a chosen spiritual leader that guides every member of the community. In addition, the municipality of Sagada in the Mountain Province also performed the sedey to fight against the pandemic.

All of these rituals have stayed in their respective communities and have been observed since time immemorial. Not only did it safeguard the people but it also enabled the Cordillerans to connect to their culture and community. From ceremonial gatherings to healing rituals that have evolved for thousands of years, many are still practiced today despite these modern times. Although the Cordillera has since reported several cases of the virus after the ease of the lockdown, their rituals have become an instrument to create ties among its people and bring the community together.