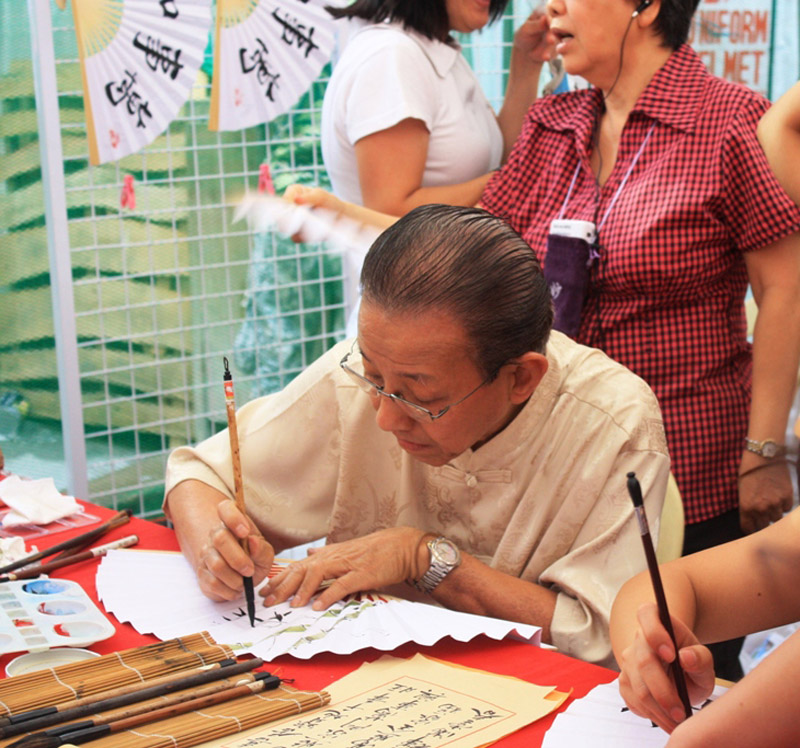 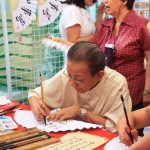 MANILA, Philippines – A Chinoy or Tsinoy is a Philippine national of Chinese descent, who is born or raised in the Philippines.  The word is derived from Chinese (or Tsino, the Filipino pidgin for the Spanish term for Chinese) and “Pinoy,” the local slang for “Filipino.”

Chinese Filipinos, who comprise 2-3% of the Philippine population, have come a long way. Here are some then and now tidbits of Chinoys.

When were Chinese first seen in the Philippines? Chinese artifacts that have been dug up have been traced back to the 10th century, which implies that Chinese had sailed in long before the Spaniards made their appearance. Chinese came over not to take the land (what the Spanish, American, and Japanese conquerors did several hundred years later), but mainly to trade and establish business relations with the natives. Over time, some Chinese traders settled down in the Philippines and started their families here.

Manila’s Chinatown — Binondo — was founded in 1594 in the era of Spanish colonization. During this time, the Chinese population swelled, and the Spaniards felt threatened by their number. Their solution was to divide the Chinese immigrants into two groups and settle them in separate areas: the non-Catholics, called Parians, were placed in Intramuros and the Catholics, in Binondo.

Unknown to many, Chinese-Filipino guerrillas fought side-by-side with other Filipinos against the Japanese during World War II. Thousands of them died in the fight for freedom.

In 1946, the Philippines regained its freedom from the Japanese, and it was also during this time that Chinese became naturalized citizens of the country. They were the forerunners of the Chinoys.

Today, most of those who are called Chinoys have been born in the Philippines. They have likely learned several languages while growing up: Filipino, English, Fookien, and Mandarin; some even speak Cantonese. Parents and elders usually speak Fookien to family members at home. The children have English, Filipino, and Chinese classes in school. Chinoy students usually have longer school hours per day because on top of the English class, they still have to attend the Chinese class. Chinoys born in the 1970s, 80s, and 90s are very good in Fookien, Filipino, and English; some know Mandarin as well. However, those born in the 21st century are more accustomed to English as their main language because their parents use it when talking to them; Fookien is seldom used. It would be more advantageous for today’s Chinoy kids if their parents exposed them to the four languages mentioned above, so that they would not lose their Chinese roots.

Chinese are known to have close family ties — where they draw strength from. Bolstered by the Confucian value of filial piety, they are taught the right values and conduct at a very young age; in particular, that it is important to give respect to elders and be obedient at all times. Chinoy families are traditional and quite conservative, but in a good way.

There are some who still have the wrong perception that some Chinoys prearrange their children’s marriage. This is a throwback to the old era, and it is no longer practiced. One can choose whom to love and marry, just like other Filipinos. Of course, however, it’s best to have the blessings of both sets of parents.

Speaking of marriage, there’s a long traditional process for the engagement and eventual wedding. Before a couple gets engaged, parents will choose an auspicious engagement date that will supposedly be the luckiest for the couple, and then the best possible wedding date as well. Some follow the whole tradition of engagement, which is very long and expensive, while others opt to skip it and just focus on arranging the wedding. A Chinoy wedding is usually held in a Catholic or Christian church, followed by a grand wedding banquet wherein all guests — relatives and friends — celebrate with the newlyweds.

When a Chinoy is born, he/she is given both English and Chinese names. Usually, there is a big celebration on the first birthday of the baby.

Many Chinoys are still very particular about feng shui in many aspects of life, such as planning for a wedding, moving into a new house, starting a business, etc. It is important to bring in positive vibes for luck and prosperity. They usually check on the Chinese lunar calendar for the lucky dates. If they are not familiar with the dates, they can just look for a Chinese astrologer or feng shui expert to help them out.

There are many successful Chinoy businessmen here in the Philippines. Some say they got lucky, but is it just luck? No, their success is actually the product of hard work and perseverance — days and nights of endless work, challenges, trials, hardships, and so on.  Diligence is inculcated in Chinoys at a very early age. Perseverance despite all the hardships keeps Chinoys on the path of success. They firmly believe that for as long as they work hard, their efforts will bear fruit in time.

Chinoys do give back to the community in many ways. Many are very active in charitable and socio-civic organizations, which are engaged in activities such as building schools, calamity outreach, donating to orphanages, giving scholarship grants, health care, and so on. It is the Chinoy way of reaching out to people in need and for the betterment of the Philippines.

The Chinese have come a long way since the time they first set foot on these islands. The Chinoy is now an integral part of the Philippines. I am a Chinoy and proud to be one. I will not forget my racial roots, but the Philippines is the place I call home. I have embraced the good of both cultures. And like everybody else here, we also hope for a better Philippines and strive hard in this direction. We hope that the Philippines will once again be the rich country that it was in the past.