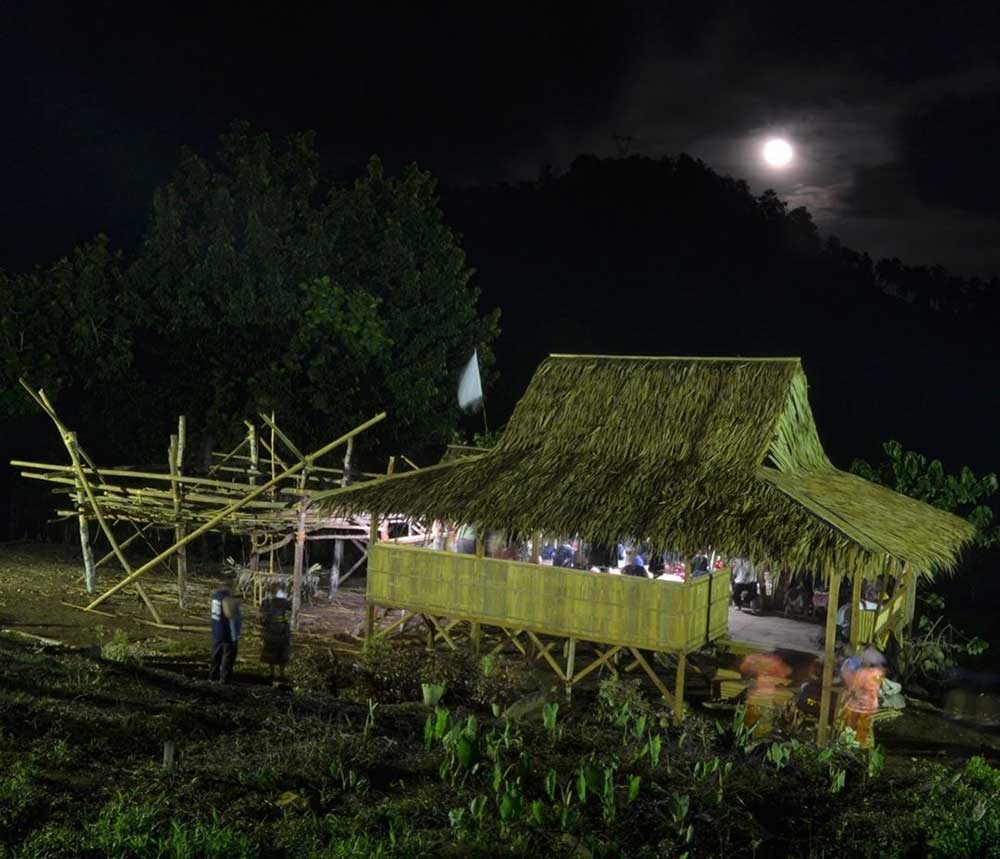 QUEZON CITY, Philippines – Imagine days of nonstop revelry dancing from morning till night when there is a full moon. This exact scenario occurs for the members of the Subanen community when the buklog takes place. A festival celebrated on a ceremonial platform, buklog is an ancient ritual to honor the spirits on which the Subanen people rely for an abundant harvest and protection from misfortune. Over the years, this tradition has slowly diminished prompting the group to take appropriate measures to preserve this tradition.

The buklog is a combination of rituals performed to appease and express gratitude to the spirits. It is conducted as an exhibition of the community’s appreciation for a good harvest, appointment of a new timuay (village chief), greetings for an honored guest, reception for a new home, recovery from sickness or calamity, burial rites, and even rites for a dead infant. The buklog is known for the elevated and flexible platform where sacred dances are performed, which are conducted by the timuay and aided by a spiritual healer called balyan.

A single celebration of the buklog can last days, weeks, and sometimes even months. Up until the 1950s, the rich and powerful Subanen families in the island of Mindanao, particularly in the areas of Zamboanga del Norte, Zamboanga del Sur, Zamboanga Sibugay, and some areas of Misamis Occidental sponsor the buklog. It involves a long preparation time and a large amount of cash to acquire the necessary offerings to the spirits, including ten sacks of rice, more than a dozen chickens, and five hogs.

During the buklog, members of the Subanen community as well as visitors from distant villages and various spiritual leaders partake in a sumptuous feast and are fed all through the days leading up to the actual day of the event. Considering the financial costs of each celebration, along with other factors outside their tradition, the practice of buklog has been inconsistent and celebrated only once in seven to nine years as reported by the National Commission for Culture and the Arts (NCCA). Other conventional aspects of the festivities, such as the lavish banquet and drinking, are also gone.

Prior to the ritual, an announcement is made through a continuous sound of the agung (gongs). The timuay and the balyan collect materials from the forest, including the logs that will be used. The buklogan, or the raised platform of wood and bamboo where the dancing takes place, is 10 to 30 feet high. It is erected using eight sturdy tanguile and white lauan trunks as a foundation, held together by strips of rattan. A big pole is positioned underneath the center of the floor so that it passes through a hole carved on a round piece of log.

Men, women, and children dance in unison in the buklogan thus moving the stage downward. The pole striking the hollowed log creates a rhythmic sound, which is accompanied by joyful, synchronized chants from the dancers. A lavish meal is continuously served and lasts until daylight. A porcelain jar with basi wine made from fermented rice is shared by the men. It is distributed and passed along using one bamboo straw. This community dance marks the renewal of social ties as stated by the United Nations Educational, Scientific, and Cultural Organization (UNESCO).

Various types of buklog have been practiced by the Subanen, such as buklog gaus or a thanksgiving after a good harvest, buklog semaya for a patient’s recovery from sickness, buklog menonot to welcome a new timuay, and buklog manganawa to appease spirits after a family member gets sick. In recent decades, the practice of such rituals have been rare due to the expense of such ceremonies. The influx of migrants in the area and their influence have also contributed to the its decline.

It is also important to note that spiritual leaders are decreasing in number, with currently less than a hundred. Plus, only a few of them are young people. This prompted the Subanen community to facilitate the inscription of buklog in the UNESCO List of Intangible Cultural Heritage (ICH) in Need of Urgent Safeguarding. The NCCA will further introduce the tradition of buklog to the younger members of the community through a community-based, non-formal center of learning, the Subanen School of Living Tradition.