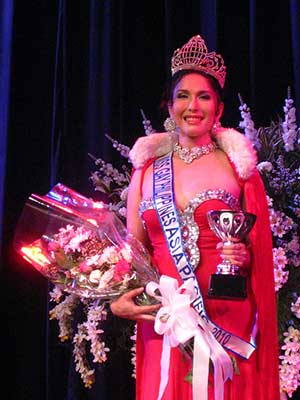 Blurted Francine in a very casual manner whilst conversing in the beauty salon one afternoon. “Gora na mga sisteret” is a peculiar language for those unfamiliar with the Filipino gay lingo, formerly called swardspeak and nowadays known as bekimon language.

Gays in the Philippines are at present becoming more visible in the society. The constant appearances of famous gay celebrities on TV and in movies have paved the way for the Filipino audience to be more accepting of gays over the last decades. They are known to be pretty loud, and it’s no surprise when you overhear a raucous conversation between them in busy streets, beauty parlors, or coffee shops.

Philippine gay culture prospered in the 1970s. However, it was only in 1994 that the first Metro Manila Pride March and Festival was held by the LGBT community. Back in its heyday, the Malate area in Manila was known as the gay capital, where bars that cater to gays flourished. Some even featured drag shows.

Though many of those businesses have now disappeared, one thing survived: the gays’ playful yet strange language that a few of us still can’t seem to grasp. The bizarre language is unrecognizable to begin with but it has since infiltrated mainstream society and is increasingly used today. Taglish (Tagalog-English) code-switching from which swardspeak arose is widely used, particularly in Metro Manila. The term derived from the word sward which is a slang for gay male and was invented by film critic and writer Nestor U. Torre in the 1970s.

Swardspeak is a coded lexicon mainly utilized by the gay community in the country. It incorporates Tagalog, Visayan, English, Spanish, and Japanese words as well as uses a variety of other sources such as celebrities, politicians, and even trademark brands. Other names used for this language include bekimon or bekinese, arising from beki, which is another colloquial term for “gay.”

Below are some examples:

Over the years, the proliferation of bekinese has become more apparent, especially among the youth and even among heterosexual males and females. Words like charot (“joke”) or chaka (“ugly”) are frequently heard in conversations, even in the famous war of words between two Philippine public officials in 2015. Phrases such as chus, churva, and etchus have become public expressions and are no longer restricted to just gay speakers alone.

Cristina (moniker), a 28-year-old gay who works for a BPO industry, learned the language a while back in college when his university friends would converse to each other. “I wasn’t familiar with the language at the time so I observed the words used in conversation and learned from it. I became an expert in no time since we hang out almost every day,” Cristina claimed.

He added that the pressure of keeping up with friends and understanding them in such a way only they could understand made him eager to learn the language. “We make use of it whenever we want to talk about something private, such as the cute guys in class or secrets we don’t want other people to know. The beki language gave us leverage to blatantly gossip about everything,” Cristina further disclosed.

The Philippines, being a conservative country, has always been perceived as biased with regard to homosexuality. In the olden times, the notion of homosexuality was taboo and regarded as an embarrassment for the family. More recently, things have been different and gays are recognized for their unique contribution to society. Along with acceptance of the gays grew the dissemination of their once-secret language that is now being spoken and used by much of the population.

Beki language doesn’t necessarily observe rules in structure as it is constantly changing and developing with new phrases added to keep up with new trends or culture. Arianna (moniker), a 20-year-old college student from Caloocan said “Every so often there are always new beki words I learn from friends since we always try to update ourselves with the current trends. We use the words too frequently that a lot of my classmates, both men and women, have also learned to speak the language.”

When asked what favorite beki words he likes to use in particular, Arianna added he enjoy applying names of particular celebrities such as the following:

Lara, a 16-year-old female from Quezon City shared that she first came to know beki language from a cousin who is fluent in such lingo. “It sounded hilarious and strange so I thought, why not learn the language? It just surprised me that a lot of its words are being adopted nowadays whether male or female, straight or homosexual,” she added.

Over the years, more and more phrases have been added to the semantic lists of swardspeak/beki language. With the country having more than a hundred different languages and dialects, the people have learned to integrate substantial additions of words from the vernacular of every region. Thus, it’s no surprise that swardspeak has been accepted into our vocabulary. If you want to be well-versed in this language, one has to stay sharp, fast-thinking, and witty to catch up quickly.