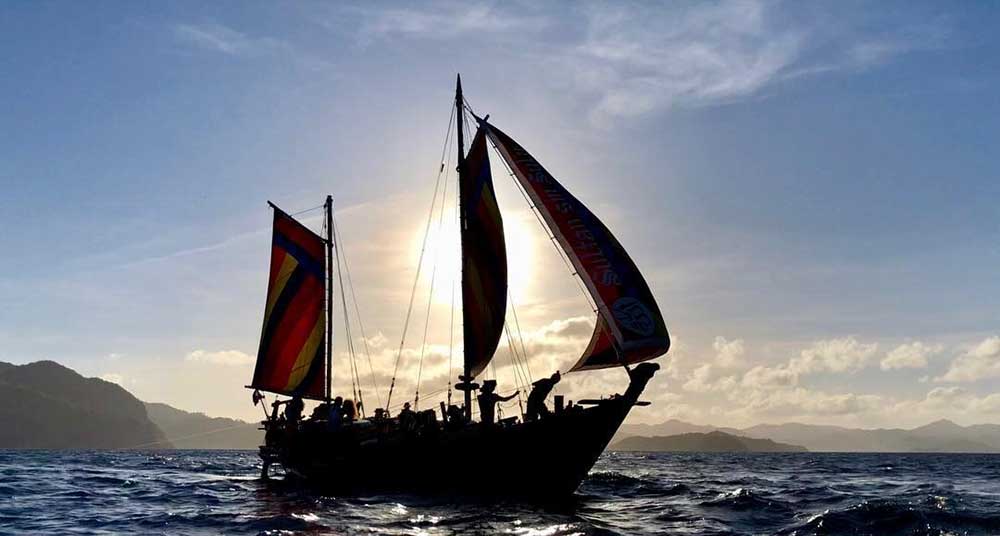 MANILA, Philippines – The boat has always been a familiar accessory to the beautiful coastline of the Philippine archipelago. Being home to sons and daughters of the sea, these traditional boats are the primary water transportation of Filipinos for thousands of years. Back in the pre-Hispanic period, Filipinos braved the vast open seas and frequently traveled throughout Southeast Asia using this indigenous watercraft to maintain trade relations and commercial activities.

In the Philippines, boats are generally called bangka, derived from the Austronesian term baŋka[h] meaning “boat.” It is also known as sakayan, paraw, vinta, and baroto in other regions of the country.

In ancient times, the waterways were the easiest means to move across more than 7,000 islands. Voyages of early Filipinos are not restricted within the archipelago but reached neighboring countries in Southeast Asia and China hundreds of years before Ferdinand Magellan’s arrival in the Philippines.

It is believed that the early Filipinos’ boat-building knowledge and skills were advanced. They produced a variety of boats and ships from rafts to dugouts and larger vessels with double outriggers.

It is mentioned that the Austronesians who first settled in the Philippines crossed the rough seas on board a wooden boat called the balangay. It is the first wooden watercraft ever excavated in Butuan City in the island of Mindanao. Also known as the Butuan boats, this edged-pegged plank type of boat dates back around 320 A.D. and was often used for carrying cargo and trading.

Declared as cultural treasures under Proclamation No. 86 in March 1987 by former President Corazon Aquino, the balangay craftsmanship is proof of pre-colonial Filipinos’ seafaring expertise and boat-building ability. It also demonstrates the ancient maritime traditions and history of the Philippines and empires around Southeast Asia during the 10th and 11th centuries. The earliest mariners navigated the balangay by relying on the location of the sun and stars, bird flights, wave formations, wind direction, and cloud patterns.

A similar feature of the balangay can be found in many of the houseboats used by the sea nomads plying around the waters of Southeast Asia, particularly Indonesia, Malaysia, and the Philippines. Resembling the balangay is the lepa boat or sappit of the Sama-Bajau (Badjao) ethnic groups scattered along the coastal areas of Tawi Tawi, Sulu, Basilan, and some coastal municipalities of Zamboanga del Sur in the ARMM. The lepa is a traditional houseboat made of hardwood with beautiful and ancient type of architecture and carvings. It is modeled to travel over shallow waters and to shelter families living on the sea.

In an effort to bring back pride in the boat-building skills of the Filipinos, three balangay boats that are replicas of the ancient watercraft embarked on a funded expedition between 2009 and 2011 and traveled across Southeast Asia in countries like Malaysia, Thailand, Brunei, Indonesia, Singapore, Vietnam, and Cambodia. Meanwhile, many of the Sama-Bajau communities today stopped living in lepa boats, although a yearly Lepa Festival has been held in Tawi-Tawi since 2018. It aims to promote the people’s rich cultural heritage and perhaps inspire the locals to connect to their culture.