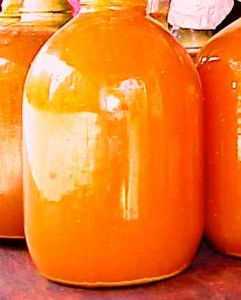 MANILA, Philippines –  The first time I tasted Tuba was when I was in third grade. My family did not let me sip that orange to reddish liquid so I could take part in the Waray drinking culture; rather, they made me sip it so that I would be appalled by its taste and be discouraged from drinking it again. They succeeded because I have never drunk tuba since then. How does one make tuba? An excellent tuba gatherer should be adept at climbing the coconut tree, since climbing is actually the hardest part of tuba gathering. After determining what coconut tree will yield the most tuba, the tan to yellow-orange, powdered bark of a mangrove tree is cut, and it is then placed inside a bamboo container. The gatherer wraps the container around his waist, climbs the coconut tree and cuts the tip of an unopened coconut flower to release its sap. He then attaches the bamboo container to the tree to catch the flowing sap and returns the following morning with another container to collect the juice and to clean the one attached to the tree. The afternoon climb is reserved for the cutting of the coconut flower and a new powdered mangrove bark to make a mixture. After the collection of enough coconut sap, the fermentation begins.

It is better to use glass gallon containers than plastic ones during the sediment and tuba separation process. Once the sediments have settled in the bottom, a hose can be used to transfer the tuba to another container. Moving the tuba container should be avoided to ensure that the sediments will stay; the sediments can then be thrown away afterwards. Another four to five days of the distillation process follow to ensure that almost all sediments are gone. The longer the distillation process, the higher and stronger the alcohol content it will have. The bahal is a 3 to 6 months old tuba which already has a very good taste, while a one year old tuba is called bahalina and it has a superior taste.

The vinegar from tuba is low on the glycemic index, which measures how much carbohydrate-rich foods raise your blood sugar levels. Thus, it is a suitable food for diabetic patients. The coconut sap is rich in minerals and contains amino acids. The minerals include phosphorus, potassium, iron, magnesium, sulfur, boron, zinc, manganese and copper. While it contains the nine essential amino acids, only trace amounts of methionine are present.

Even before the discoveries of its health benefits, elderly people from our province believed that tuba was healthy. They attribute their healthy, long life to it. Whether tuba is their secret to long life or not, they say the day is incomplete without a sip of tuba at dawn.