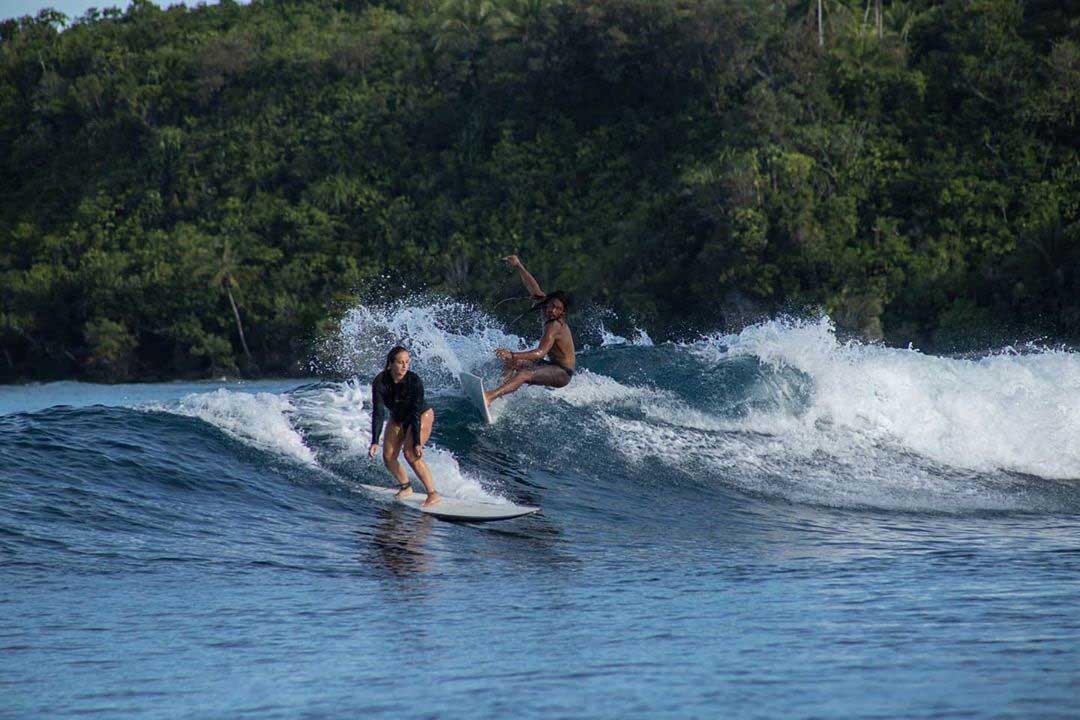 MANILA, Philippines – Blessed with a long coastline and more than seven thousand islands, the Philippines has been slowly emerging as a surfer’s paradise in recent years. Although not as popular as the likes of California or Hawaii, the Philippines certainly has many great spots to take one’s surfing skills to the next level. In fact, Siargao Island has been consistently ranked as among one of the best surfing spots in the world where one can enjoy waves of all lengths and heights. So if you love surfing, the Philippines will never run out of options for you.

Ever since the Polynesians introduced surfing to Hawaii, the sport quickly became entrenched in the island’s culture. Nowadays, surfing has become widespread in all corners of the globe, and the Philippines is no exception. Surfing is now one of the growing water sports in the country, with an increasing number of Filipino surfers gaining prominence worldwide. Surfing communities have popped up in different regions, and the country has hosted various international surfing events in the last few years.

US servicemen introduced surfing to Filipinos in the 1960s, but its popularity only became apparent in 1979 after the filming of the American epic war film Apocalypse Now directed by Francis Ford Coppola. Filmed in the laidback coastal town of Baler in northeast Luzon facing the Pacific Ocean, surfboards left behind by the film crew inspired the locals to learn surfing. More than 40 years on, Baler is now popular among surfers and considered one of the best surfing destinations in the country. The best waves can be expected from October to February.

One of the most renowned locations for surfers is Siargao Island, 800 kilometers southeast of Manila in the province of Surigao del Norte. Dubbed as the Surfing Capital of the Philippines, Siargao is considered a surfing paradise for its powerful waves as it faces directly in the Pacific Ocean. The best surf swells happen between the months of July to December. Coincidentally, the peak tourist season is from September to October, when surfers come from all over the world to participate or watch the much-awaited surfing competitions in the area.

Another famed spot for surfers that gained attention in the early 2000s is Gubat, located in the province of Sorsogon. Pro surfers have been riding its waves since the 90s, but Gubat continued to be relatively unknown until a surfer bagged an award in a national surfing championship in 2013.

Other provinces with great surf locations are Palawan, Ilocos Norte, Catanduanes, Davao Oriental, Samar, and Zambales. Furthermore, it is expected that more surf locations will eventually be discovered.

Bearing the second longest coastline in the world and surrounded by the Pacific Ocean, the Philippine Sea, and the Sulu and Celebes Seas, the Philippines will never run out of options for surfers and surfing enthusiasts. The relaxed island vibe and the affordable cost of living attract more and more tourists each year.