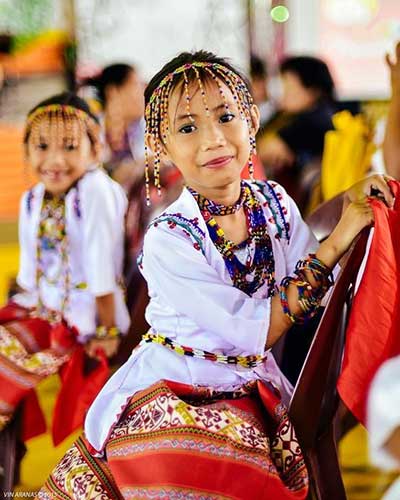 NABUNTURAN, Philippines – The remote forests and mountains of Mindanao have been home to many of the indigenous communities in the island. The majority of these communities are dependent on the land, where they source most of their livelihoods.

The Mansaka tribe found in the provinces of Davao del Norte and Davao de Oro (formerly Compostela Valley) is part of the Lumad, whose members are described as farming people. However, as their environment has changed in recent years and continues to change, they have been slowly adapting to this transformation in their territory. This leave us to wonder if the Mansaka will be able to safeguard their people’s history and tradition.

The Mansaka people are most dominant in Davao de Oro, with their villages still present today. Mainit Hot Spring is considered the birthplace of the tribe, where legend says the first Mansaka man named Inangsabong descended. The Mansakas also have settlements in the cities of Davao and Tagum. According to historical studies, the Mansaka belonged to a single tribe along with the Mandaya and Kalagan, but the three groups of people have since parted. The Mandaya went to the upper portion of the river, Kalagan occupied the seashore or riverside, while the Mansaka headed up to the mountains. Thus, the name Mansaka meaning “first people to ascend the mountain or go upstream” derived from the word man meaning “first” and saka meaning “to ascend.”

Farming is the major source of livelihood for many Mansakas. They have been farming their land and growing subsistence crops throughout the valley. Since men are in charge of cultivating the land, certain members are chosen by the community to manage the farm. In recent years, the Mansakas have slowly moved away from farming and began searching for alternative jobs to augment their income.

As peace-loving people, the Mansakas actively avoid stepping into someone else’s land, since this is a frequent source of tribal war. Such conflicts can result to the death of several members unless a tribal leader mediated and resolved the problem.

A tribal elder called matikadong resolves conflicts in the community. He also acts as a tribal warrior (bagani) who looks after and protects his people. In the olden days, a bagani is required to kill 12 people before one can assume the position. Different rituals for various occasions is performed by a baylan who serves as a tribal priest or a healer of the community. A baylan is said to possess special powers and maintain a close relationship with the Magbabaya (God). Most of them live in isolation close to the forest, where they learn to connect with nature and the spirits. A ritual or ceremony usually includes singing, tribal dances, and playing indigenous instruments.

The more recent developments in the region have brought an increasing number of migrants who now share territory with the Mansaka tribe. The prevalent small-scale gold mining operated by some Mansaka families in Davao de Oro has also altered the livelihood of many people. Some have gone to work in nearby companies where their services are needed, while a great number of the population have moved to far-flung cities to work. However, there are still those that continue to live in the area because it is their home, their ancestral domain.

Today, some Mansakas still live a traditional life in the province, although a great portion of their population have moved to other places or cities in search for a better life. They continue to practice their culture and traditions despite the change in their environment and increasing arrivals of migrants in recent years. With several festivals celebrated in honor of the different tribes in Davao de Oro including the Mansaka, it is certain that the tribe will prosper and their history and traditions will persist.